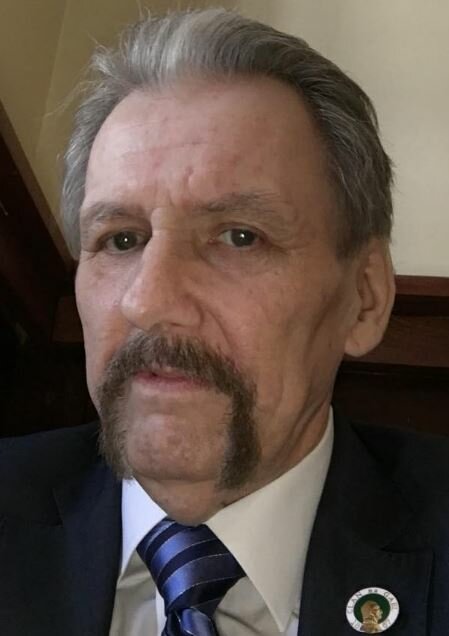 Obituary of Gary A. Delaney

Please share a memory of Gary to include in a keepsake book for family and friends.
View Tribute Book
Gary A. Delaney, of Toms River, NJ and formerly of Port Jervis, NY died Saturday 9/24/22 in Community Hospital, Toms River, NJ
He was born July 28, 1951 in Port Jervis, the son of the late Robert T. and Eileen M. Delaney. He was the oldest of four siblings. Gary graduated from Port Jervis High School and was retired from the Insurance Industry having worked for Tower Insurance and Selective Insurance NJ as an underwriter.
Gary lived a full life and had many interests. His first love was drawing. From a young age he was creating and drawing his own cartoon characters. He gained some notoriety by having his cartoons published in various magazines. Terrific Toad & Eggbert McFried was a couple of his early characters. He was an avid family historian, compiling his family’s history in photos & stories. His love of music, particularly the blues, led him to forming the Lucky 7 Blues Band that performed all over the Hudson Valley & NYC in the 1980’s. He sang lead vocals and played the harp. Gary’s true love was Ireland. Being a descendant of a County Tipperary immigrant, he became a lifelong activist on Irish issues, particularly the troubles in Northern Ireland. He fully supported a 32 county Irish State. His letters on the troubles appeared in the NY Times, Times Herald Record, Irish Echo & daily papers in Ireland. He visited Ireland a couple of times over the years. Gary was a member of Elks lodge #645, Irish Northern Aid and Clan na Gael.
Gary is survived by his wife Theresa, at home, a son Christopher, of Milford, PA, a step-son Brian Bower (Ayla) of Branchville, NJ, a step-daughter Jennifer Bower, who predeceased him, a grandson, Sebastian of Toms River, granddaughter Jillian and grandson Devin of Branchville, NJ, a sister Joelyn Kanitz (Garrey), of Sparrowbush, NY, brothers Randy (Cathy) of Port Jervis, Tom (Mary) of Suffern, NY, and many nieces, nephews & cousins.
The family will receive guests on Wednesday September 28th from 10:30 to 11:30 AM at the KNIGHT-AUCHMOODY Funeral Home 154 East Main Street Port Jervis, NY.  A prayer service will take place 11:30AM at the funeral home.  Immediately following, the committal will take place in the family plot at St. Mary’s Cemetery, Port Jervis.  Please make use of the Tribute Wall by leaving a memory or condolence for the family.
To plant a beautiful memorial tree in memory of Gary Delaney, please visit our Tree Store
Wednesday
28
September

Share Your Memory of
Gary
Upload Your Memory View All Memories
Be the first to upload a memory!
Share A Memory
Plant a Tree