Family owned and operated since 1953, we pride ourselves on our personalized service to the families of the Port Jervis NY, NJ and PA Tri-States communities. George Knight started the firm at another location in Port Jervis, New York. He moved the funeral home to it's current location in 1960. Robert, his wife Doreen and their son Joshua continued to uphold George Knight’s foundation of dedicated funeral service with dignified respect for all. In 2022 the Auchmoody’s chose to experience future endeavors after many years of tireless dedication to the families of the Tri-State Region.

Michel C. Horkan grew up in Cornwall NY and attended John S. Burke in Goshen. Upon graduation he attended the American Academy McAllister Institute, becoming a licensed Funeral Director in 2001. Michael is committed to the highest level of dignity and care to the families he serves and those he has been entrusted with. 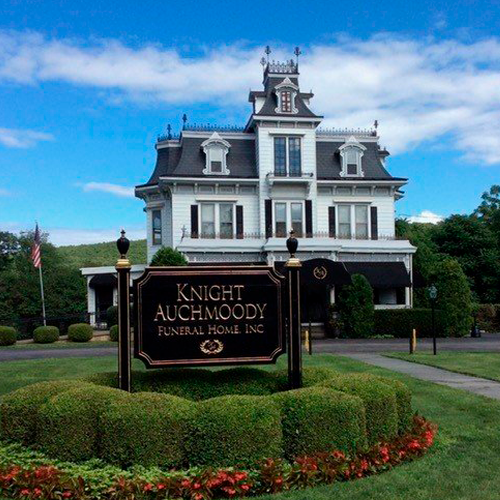