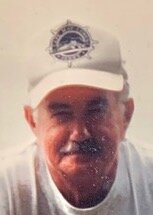 Please share a memory of Ret. Police Chief Robert to include in a keepsake book for family and friends.
View Tribute Book
Ret. Police Chief Robert E. Stevens, Jr. age 87 of Matamoras, Pennsylvania passed away November 3, 2021 in Westfall Township, PA. Robert proudly served our country from 1950-1955 with the 63rd Tank Battalion of the US Army. He retired as Chief of Police for the Borough of Matamoras, PA and also retired as State Constable for the Commonwealth of Pennsylvania. In his earlier years he worked as a supervisor for Kolmar Labs., Inc. in Port Jervis. He was a member and usher of the United Methodist Church of Matamoras, and a member of the Board of Trustees of the Church. He was a member of the Deep Brook Hunting Club, a member of the Matamoras and Westfall Joint Comprehensive Planning Board, a council member for the Borough of Matamoras, and former Regional Police Commissioner for the Eastern Pike Police Dept. Robert married Mary Ellen Dangler Stevens, who survives at home. He is also survived by his loving family members: step-son Kyle Stevens and his wife Theresa of Spring Lake, NC., step-son Patrick Ramella and his wife Nicole of Landing, NJ, his step-daughter Ellen Housman and her husband Dr. Patrick Allan of Boulder, CO, step-son Robert Ramella of Saylorsburg, PA, his two sisters, Jean and Deborah both of Elmira, NY, his brother William Stevens, his beloved grandchildren; Nicole Long, Michele, Matthew, Hope, April, Chloe, Joy, James, and Max, his great grandchildren; Kylie, Alexa and Kaylee, Willow, Atlas, Skieler, Daylan, and Dakota. Bob was pre-deceased by his step-daughter, Pamelia Long, his grandson Kris Long, and his brother Richard Stevens. Memorial services for Robert and Mary Ellen will be 12 o’clock noon, Tuesday, April 5, 2022 at the United Methodist Church of Matamoras. Rev. Diane Sommers will officiate. Interment will take place at the Hainesville Cemetery, Hainesville, NJ. Arrangements are by the Knight-Auchmoody Funeral Home, 154 E. Main St., Port Jervis, NY. For information, directions , or to send condolence note to the family, visit knight-auchmoody.com.
To plant a beautiful memorial tree in memory of Ret. Police Chief Robert Stevens, Jr., please visit our Tree Store

FOR ROBERT AND MARY ELLEN STEVENS WILL BE 12:00 NOON ON TUESDAY, APRIL 5, 2022 AT THE UNITED METHODIST CHURCH OF MATAMORAS.

Share Your Memory of
Ret. Police Chief Robert
Upload Your Memory View All Memories
Be the first to upload a memory!
Share A Memory
Plant a Tree