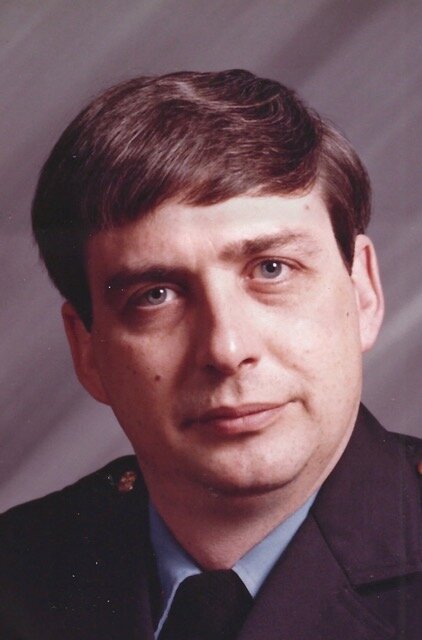 Please share a memory of John to include in a keepsake book for family and friends.
View Tribute Book
John W. Weymer age 67 of Port Jervis, NY passed away Sunday, October 31, 2021 at Columbia Presbyterian Hospital in New York, NY, after a brief and courageous battle with lung disease. He was born on January 22, 1954 in Warwick, NY, the son of the late William and Irene Sherman Weymer. John proudly served our country from 1973-1975 with the US Navy. He joined the Port Jervis Police Dept. and started his career as a patrolman, youth officer, and detective. He retired from the department as a Sergeant after 37 1/2 years of dedicated service. John was a member of the Port Jervis P.B.A., life member of the Marsch-Kellogg American Legion in Milford, PA, a member and past president of the Port Jervis School Board and a licensed ham radio operator. John and his wife Sue loved cruises and had the pleasure of enjoying nineteen cruises in nine years. He enjoyed traveling to Cape May, New Jersey and to the State of Delaware, which he planned to make his retirement home. John married his beloved wife “Little One”, Sue Sigreto Weymer, who survives at home. He is also survived by his three sons; Kevin Weymer and his wife Kelly of Westtown, NY, Craig Weymer and Mariann DeBlock and her son Connor of Westtown, New York, Steven Weymer and his wife Toni of Johnson, NY, his sister, Doreen Roache of Highland, NY, his sister-in-law Jill Weymer of Dallas, PA, his beloved grandchildren; Brayde, Jacob, Austin, Brody, Logan, his four nephews and one niece, and his special “grand puppy”, Rudy. John was pre-deceased by his brother, Michael Weymer, his brother-in-law Frank Roache, and his mother-in-law and father-in-law, John and Ann Sigreto. Sue and John’s family would like to thank Dr. John Ferguson and his staff, Dr. Gopal Shah and his staff, Harry, from Advanced Oxy Med., and staff of Newburgh, NY, the doctors and nurses of Bon Secours Hospital, Port Jervis, the doctors and nurses of Vassar Brothers Hospital, Poughkeepsie, Garnet Medical Ctr, Middletown, NY, Archcare, Home Care and the Veterans Administration. The Weymer family would like to extend a special thank you to John and Sue’s neighbors, especially Nora, Roger and Jeff Perry. The compassionate and professional care shown to John by all, will be always remembered. Visitation will be held 4-8 PM, Wednesday, November 3, at the Knight-Auchmoody Funeral Home, 154 E. Main St., Port Jervis, NY. The Port Jervis Police Dept. will conduct services Wednesday at 5:30 PM at the funeral home. Funeral services will be held 11 AM, Thursday, November 4, at the funeral Home. Rev. Nancy Vonderhorst will officiate. Interment will follow with military honors at the Orange County Veterans Cemetery, Goshen, NY. Memorial contributions may be made to the American Lung Assoc. of Hudson Valley, 35 Orchard St., White Plains, NY 10603 or to the American Cancer Society, Eastern Div. 121 Executive Dr., New Windsor, NY 12553. Arrangements are by the Knight-Auchmoody Funeral Home, 154 E. Main St., Port Jervis, NY. Fro information, directions or to send a condolence note to the family, visit knight-auchmoody.com.
To plant a beautiful memorial tree in memory of John Weymer, please visit our Tree Store
Wednesday
3
November

Share Your Memory of
John
Upload Your Memory View All Memories
Be the first to upload a memory!
Share A Memory
Plant a Tree