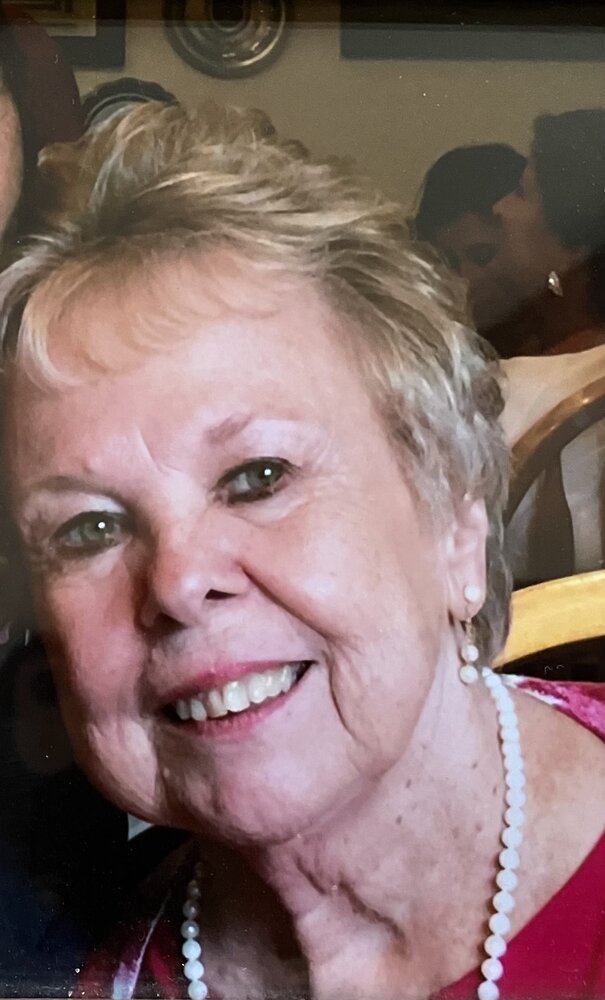 Please share a memory of Phyllis to include in a keepsake book for family and friends.
View Tribute Book

Phyllis Hessberger Schields died on December 12, 2022 at Bon Secours Community Hospital with her family by her side.  She was 80.

The daughter of the late Ralph Hessberger and Gertrude Dellert  Hessberger, she was born July 20, 1942 in Port Jervis, NY.

She graduated from the Port Jervis High School, class of 1960 and was a retired medical secretary after working for 34 years.  Twenty four of those years were working for Dr. Daniel P. Schultz of Port Jervis, NY.  Phyllis was a member of the Deerpark Reformed Church, Port Jervis having served as a Deacon, Financial Secretary (1997-2013) and the Church Secretary (1998-2017).

On September 24, 1978 she married Robert E. Schields (proprietor of Schields Tire Service, Port Jervis) at the Deerpark Reformed Church.  At that time Robert became the proud father of Phyllis's daughters Stacey and Darla Moegenburg.  Phyllis was previously married to the late Richard Moegenburg.

Phyllis died the week prior to her beloved Robert.  They will lie in repose and be buried together.

Beloved mother of Stacey Moegenburg and her husband Richard Librizzi of New Paltz and Darla Schields of Port Jervis.  Dear grandmother of Kayla Margarum and her husband Anthony of Shohola, PA.  Great grandmother of Anthony (Tony) and Christopher. Sister of Marion Rozan with her husband Tom Duffy of Bloomfield, NJ and Ralph Hessberger with his wife Brigitte of Port Jervis.  Aunt of Micheline Nesto of Verona, NJ, Vicki Henry of NC, Diann Hocker of SC and Nikolaus Hessberger of Melrose MA.  Phyllis leaves behind her cousins friends and neighbors to cherish her memory.

Share Your Memory of
Phyllis
Upload Your Memory View All Memories
Be the first to upload a memory!
Share A Memory
Plant a Tree