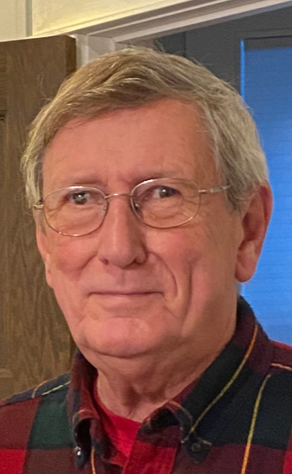 Please share a memory of Theodore to include in a keepsake book for family and friends.
View Tribute Book

Theodore C. Kuykendall, age 75, beloved husband, father and grandfather, passed away Tuesday, November 8, 2022 at the Westchester Medical Ctr., Valhalla, NY, with his family by his side.

He was a resident of Port Jervis, for 65 years, until he and his wife, Georgina moved to Matamoras, PA, 10 years ago.  During his teen years in Port Jervis, Ted and his buddies organized the “Eldorado Club,” which he was proud to be named President.  He graduated from Port Jervis High School with the class of 1965.  He continued his education at Orange County Community College earning his Associates Degree.

Ted married the love of his life, Georgina L. Latini Kuykendall on September 20, 1970, and they were married for 52 years. During his early youth, Ted lived on Crawford St. in Port Jervis right around the corner from Georgina, without either one ever knowing the other.  Throughout their marriage, Ted and Georgina enjoyed many summer vacations in Ocean Beach, NJ, with their many very dear and close friends, who they considered family.  Ted and Georgina were fortunate to cruise the Mediterranean Sea, explore the European rivers as well as vacationing in Hawaii.  These trips enabled them to make everlasting friendships with the wonderful people they met. He was an avid New York Giants and Yankees fan as well. Ted was a gentle soul, a true family man and a wonderful father who loved his family dearly.

Ted is survived by his wife, Georgina at home, his son T. Christopher Kuykendall of Newburgh, NY, his daughter, Kelley Callahan and her husband Daniel of Port Jervis.  He was “Poppie” to his beloved two grandsons, Liam and Brendan Callahan. They were the joy of his life, whether babysitting them or attending all of their sporting events, showing his enthusiasm. He is also survived by his sister-in-law Gloria Laizure of Port Jervis, his nieces, Jean Barton and her husband Bill, Nancy Wimer and her husband David, his great niece, Emily and great nephews, Evan and Corbin. He was pre-deceased by his brothers-in-law, Denis Laizure and David Latini, his great nieces, Kathy Laizure and Jill Hargadon. We will love and miss him forever.

Share Your Memory of
Theodore
Upload Your Memory View All Memories
Be the first to upload a memory!
Share A Memory
Plant a Tree