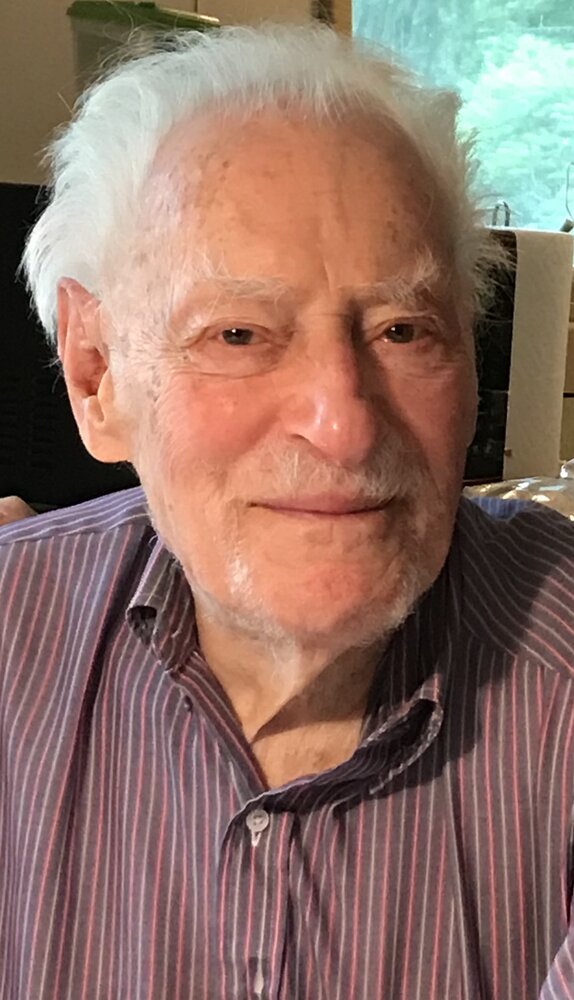 Please share a memory of Alvin to include in a keepsake book for family and friends.
View Tribute Book
Alvin Lloyd Mann, a long-time resident of West Brookville, died on Monday, August 8th at the age of 99.
Al was born in Manchester, New Hampshire on May 24, 1923.  He was a veteran of World War II, serving in the Merchant Marines in the Pacific.  He and his first wife, Florence, started one of the first temporary office service agencies in New York City in the late 1940s.  Al and his second wife, Maybelle, were in the art and antique business in New York City and Florida.   He married his third wife, Gertrude Mokotoff, the former mayor of Middletown, when they were both in their 90s.
Al Mann is survived by two sons,  three daughters, five grandchildren, and two great-grandchildren.  Contributions to Al's memory could be made to his favorite charities:  Doctors without Borders, Greater Newburgh Symphony Orchestra, Mount St Mary College, and the Middletown YMCA
Please visit Knight-Auchmoody.com to leave a memory or condolence.

Please make use of the tribute wall and share a memory or condolance for the family.

To plant a beautiful memorial tree in memory of Alvin Mann , please visit our Tree Store

Look inside to read what others have shared
Family and friends are coming together online to create a special keepsake. Every memory left on the online obituary will be automatically included in this book.
View Tribute Book
Services for Alvin Mann
There are no events scheduled. You can still show your support by planting a tree in memory of Alvin Mann .
Plant a tree in memory of Alvin

Share Your Memory of
Alvin
Upload Your Memory View All Memories
Be the first to upload a memory!
Share A Memory
Plant a Tree