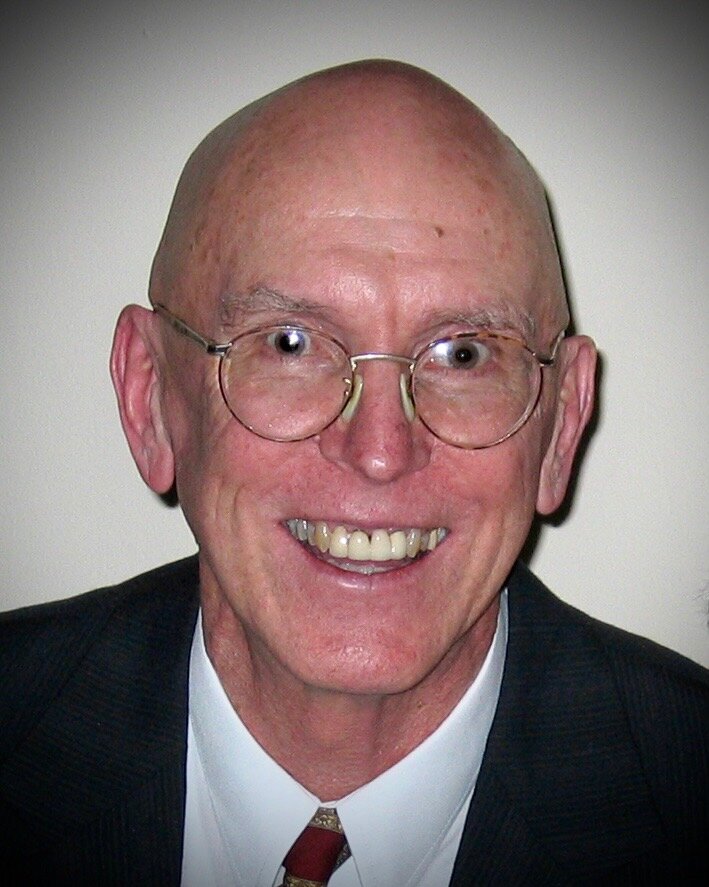 Please share a memory of James to include in a keepsake book for family and friends.
View Tribute Book
James Lewis Stanfield, Jr, age 83, passed away at his home in Cape Coral, FL on July 13, 2022 with his loving wife Nancy and his six children closely by his side. He will forever be known as a warm, kind and compassionate person with a sly sense of humor and an uncanny knack of becoming friends with everyone. Jim, nicknamed “Kayo” was born to James Stanfield, Sr. and Mary Rossa Stanfield on October 20, 1938, in Middletown, NY. “Kayo” grew up in Otisville, NY and graduated, one of 13, from Otisville High School, Class of 1957. While in Otisville, he attended Holy Name of Jesus Church and was an altar boy in his younger years. He coached Otisville Little League baseball for 10 years and was a proud Otisville volunteer fireman. After high school graduation, Jim attended Brockport State Teachers College before transferring to Orange County Community College (OCCC/SUNY Orange). Jim played soccer there and made first-team All-American in 1958. In 2012, he was inducted into the OCCC Orange Colts Athletic Hall of Fame for soccer. At OCCC, Jim met the love of his life, Nancy Jane Langlitz. They were married on February 13, 1960, in Fort Jackson, SC and honeymooned in Columbia, SC. Jim enlisted in the U.S. Army in 1959 and received training at Fort Eustis in Newport News, VA. He was a Specialist in the Transportation Corps and after a brief extension due to the Berlin Wall crisis, he was honorably discharged in 1962. After his military service, Jim worked for his father at Stanfield Bros Oil Co. When Jim’s father retired in 1975, he took over the family business. In the summers of 1980 to 1985, Jim and Nancy participated in Project Children as a Host Family. They hosted and provided refuge for children from the troubled areas of Northern Ireland. Jim and Nancy were later included in the program’s award winning documentary “How to Defuse a Bomb: The Project Children Story (2016)”. In 1989, Jim and Nancy pulled up roots and moved to Eastham, MA on Cape Cod where they had spent summer vacations dating back to the 1970s. Jim worked at Chatham Bars Inn and at the Snow Library in Orleans, MA. Jim and Nancy attended St. Joan of Arc Church where they participated in religious education. Jim was a society member for the St Vincent DePaul charity services. After 26 years of residing on Cape Cod, Jim and Nancy moved to Cape Coral, Florida to be closer to their children. Jim was an avid photographer and enjoyed displaying his Kodachrome slide shows. He traveled nine times to Ireland with family and friends and made trips to Poland and Stanfield, England. He enjoyed pop-up camping with his wife and kids in their youth with other Otisville families. In his later years, Jim and Nancy cruised to Alaska and the Western Caribbean. Mostly, they loved traveling all over the country to visit their older kids, grandchildren, siblings, cousins, nieces and nephews. Jim frequently shared fond memories of his Otisville friends and school days and attended many reunions. Jim is survived by his wife of 62 years, Nancy Stanfield at home in Cape Coral and his six children and their spouses, Susan and husband Joe Gorgolione, of Hopatcong, NJ, Sharon and husband Robert Petrovich, of Cape Coral, FL, James Stanfield III and wife Anngie of Mystic, CT, Kelly and husband Mitchell Kolvenbach, of Glen Spey, NY, Tom Stanfield and wife Shannon of Fort Myers, FL, and Peter Stanfield and wife Kumi of San Francisco, CA. Jim is also survived by his siblings, Dolores “Champie” Brockett, Maureen “Reenie” Stanfield, Frank and Mary Stanfield, Cathy and Bernie Lipsky, and Charles “Chas” and Elena Wood. “Pop” enjoyed his 15 grandchildren: Jared, Steve, Melissa, Kayla, Dallas, Matthew, Brydie, Owen, Abigail, Garrett, Hailee, Isabella, Jett, Giada and Shogo. “Pop” adored his three great grandchildren: Lilliana, Benjamin and Colette. Visiting Friday July 22, 2022 at Knight-Auchmoody Funeral Home 154 East Main Street Port Jervis 11:00AM to 12:30PM . Funeral Service will commence 12:30PM. Interment Holy Name of Jesus Cemetery, Otisville NY. A gathering will follow the burial at the Erie Trackside Manor in Port Jervis, NY. In lieu of flowers, donations can be made to Friends of the Otisville School, Inc. P.O. Box 64, Otisville NY 10963.
To plant a beautiful memorial tree in memory of James Stanfield Jr. , please visit our Tree Store
Friday
22
July

Share Your Memory of
James
Upload Your Memory View All Memories
Be the first to upload a memory!
Share A Memory
Plant a Tree