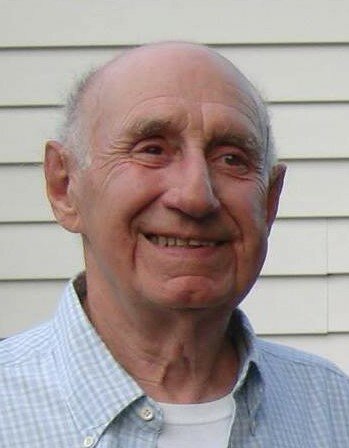 Please share a memory of Walter to include in a keepsake book for family and friends.
View Tribute Book
Walter H Stryker Sr of Matamoras, PA died peacefully at his home on June 21, 2022, just a few weeks short of his 90th birthday. He was born on August 22, 1932, in Mariners Harbor, Staten Island, NY and moved to Tottenville as a child. After graduating from Tottenville High School, he enlisted in the Air Force and served as a Senior Aircraft Electrician in the 20th Maintenance Squad in England during the Korean War. In 1954 he was honorably discharged with the rank of Staff Sergeant. A well-known local businessman in Tottenville, he owned and operated Anniversary Appliance Company from 1965 to 1977. He later worked at Sears Roebuck and retired in 1995. An active member of Drew Methodist Church, Walter was a past President of Trustees. Walter was a member of the Masonic Huguenot Lodge #381 for over 60 years. He was especially proud of his skills as an electrician and ability to build or repair anything, and gave generously of these to his family, friends, and church. He is survived by his wife of 64 years Evelyn, son Walter Jr and his partner Lenny, son Keith and his wife Leslye, son Curtis and his wife Wendy, five grandchildren, five great-grandchildren, his brother Ronald and wife Judy, and several nieces and nephews. He was predeceased by his parents Albert John Stryker and Allenphine Henry Stryker, a brother Albert J Stryker Jr and sister Jocelyn Bobin. Visitation will be at the Knight-Auchmoody Funeral Home 154 East Main Street Port Jervis NY 12771, Saturday, June 25 from 10:30 to 11:30am. Funeral service 11:30am at Knight - Auchmoody. Burial with Military Honors to follow at Sparrowbush Pine Hill Cemetery. Donations may be made to The Alzheimer’s Association. Please visit Knight-Auchmoody.com to leave a condolence or directions.
To plant a beautiful memorial tree in memory of Walter Stryker Sr. , please visit our Tree Store
Saturday
25
June

Share Your Memory of
Walter
Upload Your Memory View All Memories
Be the first to upload a memory!
Share A Memory
Plant a Tree