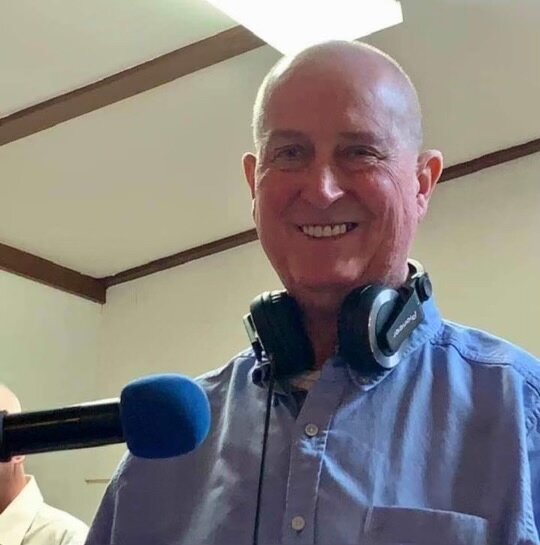 Please share a memory of Stephen to include in a keepsake book for family and friends.
View Tribute Book
Stephen Adolph Moglia, 60, passed away on February 21, 2022 after a long battle with cancer which he fought until the very end. The son of the late Adolph and Jean (Kirschner) Moglia, both locally known as part owners of the Evergreen Restaurant in Milford, PA., was born on February 27, 1961 in Port Jervis, NY. He attended Delaware Valley High School and continued his studies at Penn State University before receiving his degree from Connecticut School of Broadcasting. Stephen most recently worked as a payroll coordinator for Orbcomm although his true passion was dj’ing parties as “DJ Mogs”. He was a member of St. Joseph’s R.C. Church in Matamoras, Pennsylvania and a former member of the Port Jervis Lodge of Elks, #645, B.P.O.E. Stephen was an avid sports fan: the NY Giants and Boston Red Sox, listening to Bruce Springsteen, a pizza connoisseur, enjoyed golfing, going to concerts but most importantly he was a proud father. Stephen was blessed with a large and loving network of family and friends. To know Stephen, was to love him. His smile was contagious and his heart was made of gold. The family would like to thank everyone who has prayed and reached out to Stephen over the past few years. It was truly that love and support that kept him going even in the toughest times. No one had a better outlook on life or will to keep living. Stephen is survived by his daughter Brooke Curcio and her husband Joseph, his son Thomas Moglia and his companion Madison, his former wife, Dawn Terracino Moglia, his five brothers and their spouses: William and Bernadine Moglia, Michael and Tiffany Moglia, Joseph and Jocelyn Moglia, Mark and Tammy Moglia and Anthony Moglia. Stephen is also survived by his nieces and nephews: Michelle Moglia and Jimmy Jung, Bobby and Stephanie Moglia, Bryan Moglia, Erik Moglia, Emily Moglia, Taylor Moglia, and Nicholas Moglia, his step mother Ellen Moglia, his uncle and aunt, Emil and Arlene Moglia, his aunt, Betty Smith, his best friends/brothers R.J. Calestini and Mark Seasholtz, his mother-in-law, Mary Terracino and numerous cousins and extended family members. Visitation will be held 10 AM- 1PM, Saturday, February 26, at the Knight-Auchmoody Funeral Home, 154 E. Main St., Port Jervis, NY. Funeral services will follow at 1 PM, Saturday at the funeral home. Interment will follow at the Milford Cemetery, Milford, PA. In lieu of flowers, the family asks for any donations to go to the AmericanKidney Fund, 11921 Rockville Pike Suite 300, Rockville, MD 20852-9813, a cause near and dear to Stephen’s heart since receiving kidney transplants from his brothers Michael (4/1/96) and Joseph (6/5/06). Arrangements are by the Knight-Auchmoody Funeral Home, 154 E. Main St., Port Jervis, NY. For information, directions or to send a condolence note to the family, visit Knight-Auchmoody.com.
To plant a beautiful memorial tree in memory of Stephen Moglia, please visit our Tree Store
Saturday
26
February

Share Your Memory of
Stephen
Upload Your Memory View All Memories
Be the first to upload a memory!
Share A Memory
Plant a Tree